As humans, we rarely think of the negative unless we are very well aware of it having happened. We never even let such thoughts come to our mind especially when we are enjoying a meal or having a good time with friends.

That’s why, when you enjoy the sandwich snack that you carried to work for lunch or prepared for your kids for school or buy that cold bottle of beer to take home, you rarely stop to think that someone might have fallen sick while preparing what you are enjoying. But, how do we expect you to know? Of course, you don’t. And that’s totally fine. 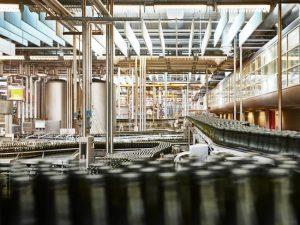 Still, that doesn’t stop the truth from being that most workers – especially in many flour mills, food factories, commercial stores, breweries among other manufacturing companies stand a considerable risk of suffering from occupational respiratory diseases that can become permanent causing them to be in and out of hospital every now or then or have devastating consequences such as death.

Yes. You must be asking yourself, ‘how come?’. Well, don’t worry. We’ll let you know shortly.

The above is all because of what is known as grain dust. Grain dust is dust that’s gotten from the harvesting, handling, mixing, drying, processing or storage of maize, rice, wheat, barley, oats which includes additives and contaminants which can be found in food dust such as:

Other types of grains that might give rise to dust exposure further causing health risks include pulses (like soya bean), different types of oilseeds, sorghum and peas.

What are the Effects of Grain Dust?

Until one becomes aware of the consequences of grain dust, most times we just live through life and don’t really care. But grain dust should be a major concern as it’s something that takes hundreds of lives every year in both developed and developing countries.

Grain dust should be a major concern for anyone and it’s vital to have the correct dust extraction equipment in place.. Why? Because they are highly linked to the symphonic widespread occupational lung diseases like pneumoconiosis, coupled with systemic intoxications of lead poisoning especially when the exposure is high.

Various symptoms come as a result of the inhalation of such dust. The symptoms can be as mild as a simple nose or eye irritation to severe conditions like bronchitis, asthma and chronic obstructive pulmonary disease. In some cases, the symptoms don’t materialize until years later when a lot of damage has already been caused.

At much lower levels of exposure, workers are prone to dust-related ailments such as cancer, allergic alveolitis, and other non-respiratory illnesses.

As a disease that mainly affects the breathing tubes and lungs, respiratory disease is one of the main occupational health risks. For instance, in agriculture, the cases of occupational asthma have doubled that of the national average. Research has shown that grain dust exposure to workers can have a significant impact.

Moreover, workers who suffer from occupational respiratory diseases can become disables, develop permanent breathing problems which may eventually lead to them being unable to work. And while the affected people may be the workers, it has a far-reaching impact than you can imagine as it has a mammoth cost implication for both the grain industry and the employers.

Explosion as an Effect of Grain Dust

Lurking in lots of manufacturing firms is a hazard that has been given the cold shoulder for far too long. It can’t be seen, and neither can it be heard or smelled. However, when it strikes – and it does without warning – the results can be devastating leading to serious injuries and fatalities.

Fine particles that stay in an enclosed space are a major stimulation for explosions as they – the fine particles – work jointly to build a broad surface area that becomes available to oxygen at a quicker rate. The heat that is generated from the oxidation process is what causes a flame.

And grain dust is known to have caused deaths. A good case in point is back in February 2008 when 13 people were killed, and others sustained serious injuries at the Imperial Sugar Plant in Port Wentworth, GA. And that isn’t the only case. In 2003, six people died while many others were injured as a result of plastic powder that had with time accumulated above a hanging ceiling leading to an explosion at West Pharmaceutical Services in Kinston, NC.

A more recent example was the Bosley Mill explosion in Cheshire on 17th July 2015.

And these are not all the cases. There has been more overtime. The biggest tragedy is that such explosions would have been prevented from happening.

Dust never crosses anyone’s mind when it comes to causes of explosions. Most people only think of other highly combustible substances and gasoline. However, the hard truth is that most organic materials – including food products, different metals, polymers and wood (cellulose) – can explode especially when suspended over a dust cloud and with favourable conditions.

The explosions are mainly caused by the synchronic presence of three elements:

If the three factors above all exist at the same time, then an explosion is inevitable. And while rare, the impact of dust explosion as mentioned can result in serious in serious injuries or death.

In the US for example, when a Chemical Safety Board was asked to investigate industrial chemical incidents and a detailed report issued, the results showed that over a span of 25-years, there had been 281 blasts and fires that had injured 718 people and killed 119 workers. 24 percent of these accidents had taken place in the food industry.

In addition, it can destroy equipment at any manufacturing plant leading to a disruption in the business operations. Regardless of whether the powder in question is a granule chemical product or wheat flour, the possibility of an explosion can’t be ignored and should be identified and avoided at all cost.

There are various ways that dust gets generated. Vegetable dust is mainly produced by dry treatment while mineral dust is gathered from parent rocks or by processes used in breaking them minerals down. The airborne concentration depends largely on the amount of energy that is put into the entire process. Air that moves in, out and around a powdered or granular substance will emit dust.

As such, handling techniques for bulk substances such as when filling, emptying the bags or transferring the materials from one place to 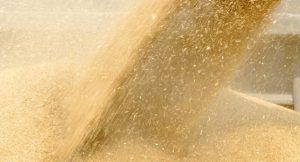 the other, contributes to substantial dust sources.

In most cases, attrition causes coarse substances to have a dust-sized component. When there’s visible dust cloud in the atmosphere, it means that there’s a presence of a potential hazardous size hidden somewhere. However, that doesn’t mean that only the visibility of dust clouds is what one should look for. Lack of dust clouds could still mean availability of dust being present with a particle size that’s invisible to the bare eye in the normal lighting conditions.

Dust generations need to be removed or prevented from the air otherwise; air may cause it to move and reach people who are far from the source of generation and whose exposure is highly unsuspected. Although dust material may not cause dust immediately, when they dry up, the case may be different.

So, what are some of the industry sectors that dust generation is more likely to occur?

Some of the processes that lead to dust creation include:

Evaluating and Recognizing the Dust Problem

As mentioned earlier, dust can have fatal consequences that with good measures, can be prevented. The first step in doing that is by recognizing that there is a dust problem and evaluating the outcome.

If a company carries out any dust processes, the first step is carrying out a LEV dust assessment to check if the people around – both employees and those living around – are at risk from dust exposure. This means having a critical look at the place and identifying if there is an issue and what could be done to prevent the risk.

The assessment that is done should be able to determine the hazardous substances that are in use, in what amounts and the fraction of dust that may become airborne leading to exposure, among other elements.

First, there needs to be a walk-through survey of the workplace that should be done. This involves checking the controls that are in use and finding out if they are effective or there is a need for more controls. Secondly, the cleaning and maintenance procedures need to be examined to ascertain that they are as effective as needed and don’t result in the excessive exposure.

The positioning of workers and their task organizations need to be appraised based on the dust source and location. Additionally, the training level and workforce information should be assessed. The company’s management should have favourable work practices that not only reduce risks but eliminate them as well. And when dealing with hazardous materials and complicated situations, the advice of from skilled professionals should be sought.

What Can Manufacturers do to Prevent Fatal Cases?

Manufacturers or a company’s management has a role to play in this. The first step is for them to identify whether the material they deal with is combustible dust. This can be done by testing the materials according to the OSHA-prescribed techniques.

Another known way to prevent or mitigate dust explosions hazards at the workplace is to have proper techniques developed for the handling and processing of the equipment. In such cases, employees should be involved in the review process giving them room to challenge and refine the protection measures. 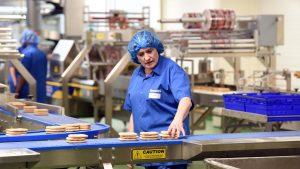 An effective yet simple step that manufacturing plants can incorporate to prevent dust explosions and as well as occupational health risks is by employing good housekeeping measures. This simply means avoiding excessive shaking when emptying the containers, having spilt materials cleaned up immediately and giving no room for powder or dust solids from accumulating at the workplace.

Still, some companies don’t have the right staff who are trained to perform frequent training sessions, check for compliance and implement solutions that are in line with the set engineering standards. Majority of the engineering standards have been published by the National Fire Prevention Association and are well recognized by the Occupational Safety and Health Association (OSHA).

Besides, OSHA had a program where they require their field officers to survey facilities that handle and generate combustible dust to mitigate the risks involved. However, it’s up to the companies to be proactive.

For companies that lack in-house experts that can do this should still be able to hire an expert. Start by looking for an expert with manufacturing experience and that they actively participate in industry seminars like the ASTM and NFPA and work hand in hand with government-sponsored initiatives that assess reactive material hazards and dust explosions. This goes a long way in helping manufacturers address potential hazards early enough thus preventing costly citations as well as reducing the risk of business interruption.

While we cannot deny that the aftermath of gathered dust at any workplace can be costly to both the employee’s health and the business itself, we can acknowledge that with the right measures put in place, a lot of occupational health risks, as well as serious injuries or fatalities, can be prevented.

While employers have a responsibility towards their employees, the employees also have to ensure that their workplace safety comes first. After all, prevention is better than cure.

If you suspect that your workplace is a dust generation hazard, it’s time for you to do something about it and get in touch with the Exeon dust extraction specialists.